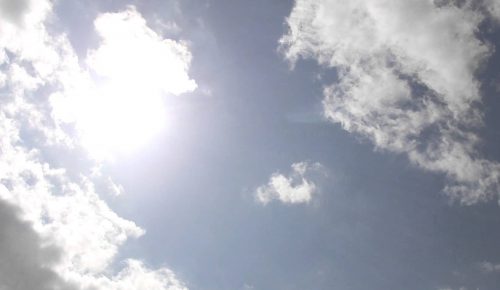 If you’re interested enough to be reading an autism blog, then you probably already know that Autists often struggle with relating to other people. In our family that manifests itself in variety of ways. The nearly three-year-old communicates her needs and wants through her actions and sounds – but you have to be pretty observant to interpret them and even then sometimes you don’t know. The seven-year-old has no off button, no awareness of social boundaries, of other people, what they’re doing, why this might not be the time to discuss what the largest river in the world is, and, most worryingly, no awareness of stranger danger whatsoever. The now twelve-year-old finds the world of high school friendships bewildering and his attempts to get information across – when others just can’t understand what seems obvious to him – can seem abrupt and even rude.

And me? Well over forty-five years of life I’ve learnt to pass as neuro-typical – up to a point – as many women with Asperger’s do, hence the frequency of late diagnosis. The thing is, I’m at a point in my life, with the recent ending of a relationship, that I find myself deciding to make a fresh start – and while that is a wonderful opportunity, it’s also a potential minefield for an Autist like me who can ‘pass’. And it’s that minefield that I want to talk about in this blog post.

You see, this new start has meant, by accident or design, developing friendships with people who were maybe just acquaintances up until now –  and acquaintance-ship is something most female Aspies, in my experience, can manage. However, negotiating those transitions from acquaintance to friend has thrown my awareness of where my social capabilities end into sharp focus. Some, glorious people, made that transition with me (both now and in the past) with no issues whatsoever. They are those awesome friends I now have who not only tolerate, but have a laugh with me about, my clumsy social skills, occasional vagueness, frequent oversharing and inappropriate directness. You know who you are and I love you.

However, I totally understand that it’s much harder for some other people. For example, I had a friend round the other night and I was trying to explain that as an Aspie (someone with Asperger’s) I don’t really ‘get’ social nuance, and he looked at me and said “I don’t really know what you mean by that”. And that’s not the first time that’s been said to me, because I guess if you do ‘get’ social nuance, you’ve never had to think about it – it’s instinctive for neuro-typicals and a mystery to Autists, so it’s a challenge for either side to articulate it. I know I didn’t explain it very well at the time, but if I had a chance to again, I think my best attempt would be to say:

“It’s the understanding of the unsaid meanings in conversations, the hints, the suggestions, the sarcasm, the flirting etc.– the things that make connections with the other person without them being directly said”

You see, unless it’s really, blatantly obvious – and I do mean neon sign obvious –  at least 50% of that stuff will go right past me. As much as I love sarcasm and word play and all that, I really don’t get subtle and I don’t do subtle.

The problem with that, is not just that I can misinterpret other people, it can also mean that how I behave can be totally misinterpreted.

With the opposite sex for example, I have so often been told I was flirting with someone when I genuinely wasn’t intending to – even though everyone around me thought it was obvious. I now realise that that’s because people fascinate me. You know all those movies and cartoons about aliens discovering the human race for the first time and how intriguing they find them and want to know everything about them? That’s basically me.  So, a person I haven’t met before or don’t know that well, is fascinating to find out about. So, from the outside what you see is: I take a real interest in what they’re saying, I focus on them, I ask questions, I smile, I joke, I laugh, my body language is probably quite open – how could that possibly be interpreted as flirting??!!

Yes, of course, in retrospect, I get it – but at the time, not at all! And while that is mostly just funny, it can often be frustrating that men think my level of interest is much greater than it is, because it can mean either they don’t bother to get to know me better because they think I’m too full on, or they pursue me when I really don’t want them to.

You see, essentially while I have the experiences, responsibilities and (sometimes) emotional maturity of a highly intelligent forty-five-year-old woman, I have the social awareness of a seven year old! Which can be as annoying and/or hilarious for me as it is for anyone I interact with on anything other than a superficial level.

So, as you can see, the kryptonite I talked about in my first blog is absolutely littered about the place when it comes to friendships and relationships. Here’s my solution, in case you need it: my handy guide for non-Autists to removing that Kryptonite, if you want to hang out with Autists like me.

As I said in my first blog, Superman is only useless around kryptonite, other than that he is awesome.

Accept an Autist as they are, and you may just find the most loyal, adaptable, accommodating, caring and – at times – highly entertaining friend, who will give you a whole new window on the world that you’d never even considered.

So, remove the kryptonite, grab that Superhero’s hand and let them fly you into the stratosphere – the sunshine is glorious up here!

The Royal Circle of Autism

The Royal Circle of Autism